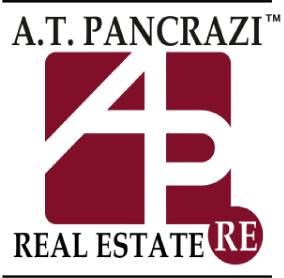 Patrick K. Hodges, Jr. obtained a Bachelor of Science in Agriculture Plant Science from the University of Arizona in 1985 and began his career as a sales representative at H&H Seed Company, Inc. for Yuma and Imperial Valley. In 1994, Mr. Hodges rose to the level of sales and contract seed production manager for the desert southwest, southern California and Mexico. Thereafter, in 1999, Mr. Hodges became the owner and President of H&H Seed Company, Inc. and Southwest Transplants, a Division of H&H Seed. Throughout his affiliation with H&H Seed, Mr. Hodges cultivated friendly and professional relationships with most of the active farms and their staff in the Yuma and Imperial Valleys and Mexico.

Mr. Hodges, has spent the last 33 years in the production of Agriculture.  The past 15 years, Mr. Hodges along with A.T. Pancrazi Real Estate Services, Inc. have brokered agricultural farm land in the desert southwest representing both buyers and sellers alike.   He has also been involved in the hands-on Real Estate farm land management for absentee land owners.  In addition to farm land leasing and sales, Mr. Hodges has a vast knowledge of agricultural land use to include: soils, water, pump farms out of water districts, production areas, and cultural practices ranging from Coachella, Imperial Valley, and Blythe, California to Texas Hill, Arizona.  No farm is too small.

Yuma County is the third largest urban center within Arizona.  Yuma is noted for having rich, deep and fertile river bottom soils.  We have a 350 day growing season with sunshine 95% of the time.  The 175,000 acres are irrigated by the Colorado River.  Yuma grows approximately 150 different types of crops and produces over 90% of the leafy greens for the entire nation.  Production of leafy greens totaled $3.2 billion in 2016.  Crops grown here include the following: Lemons, Tangerines, Dates, Watermelon, Cantaloupes, Winter Vegetables, Pima Cotton, Durum Wheat, Field Corn and Upland Cotton.  Yuma County is known for their low desert environment which plays an integral role in food safety.

Yuma's Rank Among US Counties in Sales